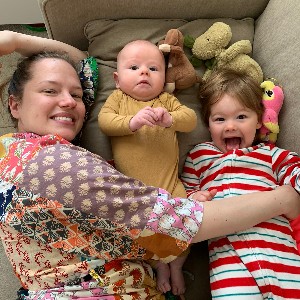 My 10 month old has been waking 2x a night since idk maybe 5 months old. He never slept through without needing some soothing. He is capable of sleeping 8 hours in a row before soothing. He falls asleep independently for both of his naps and bedtime. I let him cry about 6-15 minutes at night when he wakes up before going in to soothe. I need to feed him to sleep otherwise soothing efforts last up to 2 hours before I cave and feed him to sleep. He eats three big meals of carbs, protein, fats each day with snacks in-between. He eats A LOT. I nurse on waking in the morning, again mid day and then before bed. We often sneak in another nursing during the day for 4 total in the day. Then two at night. He won't take formula as I try each day. He drinks water from a sippy cup. How can I make him stop nursing in the middle of the night. (I also tried timed waking and reducing feeding but my letdown takes 3 minutes sometimes and if I break away too soon he is fussing because he didn't get much to nurse and won't sleep). I just want to give him cows milk already and cut out nursing altogether because it is interfering with sleep at night. What can I do?